What is Gradient descent algorithm? 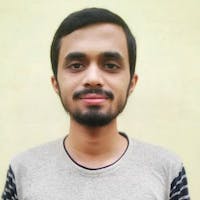 In Machine Learning, it is used to update the coefficients of our model. It also ensures that the predicted output value is close to the expected output

For example, in Linear Regression, where we separate the output using a linear equation.

Let us say we have an equation y=mx+c.

Here, m stands for slope and c for the y-intercept. These two values can be optimized and the error in the cost function (the difference between expected and predicted output) can be reduced using the gradient descent algorithm.

So let us see how weight updation works in gradient descent. Let us consider a graph of cost function vs weight. For improving our model, bringing down the value of cost function is essential. We consider the lowest point in the graph as the winner since the cost function would be minimal at this point. 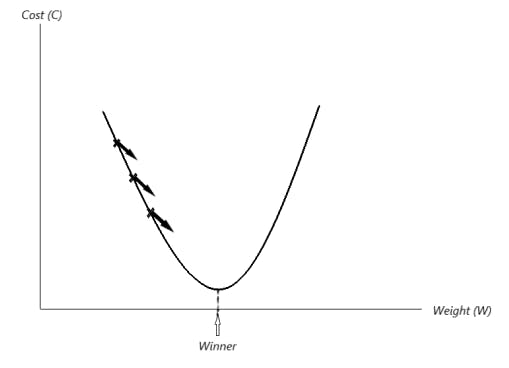 In the above diagram, we can see that with each iteration, the function tries to bring down the cost value. But that is not the case in real-world datasets. In real-world cases, it moves in a zig-zag manner for most of the datasets. The graph for real-world cases is as shown below. 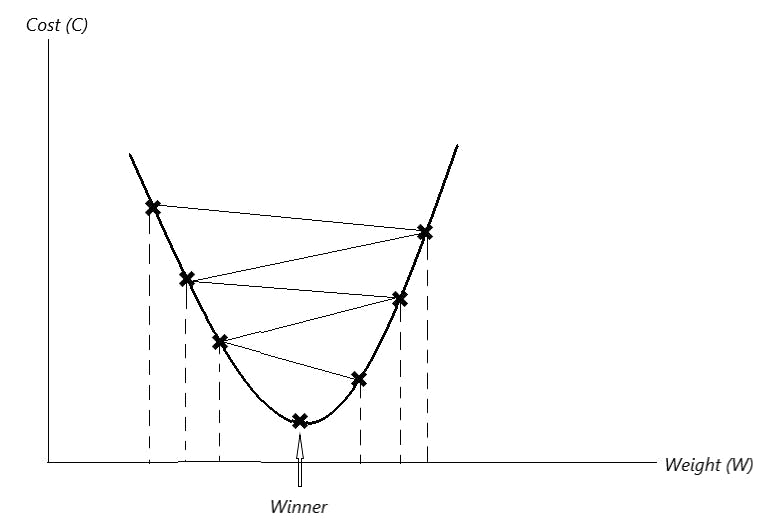 What is the maths behind it

Here ω corresponds the weight and η the learning rate, which determines by what value the descent is made in each iteration.

For every cross mark shown in the graph, we calculate the slope. According to the slope value, we update the weights in the above equation.

Here is a sequence diagram to brief out the process of updating the weights. This update in weights leads to a reduction in the cost function.